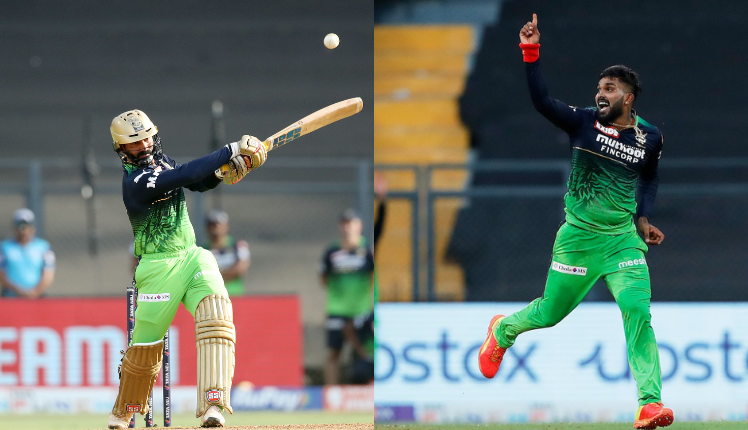 Hasaranga claimed five wickets against SRH to derail their run chase and guide the team to a win.

Despite losing early wickets, batter Rahul Tripathi hit a sublime fifty and kept SRH in the hunt for the 193-run target but SRH never really recovered from the two early blows in the first over the run-chase itself.

They lost skipper Kane Williamson to a run-out and then Abhishek Sharma was removed by Glenn Maxwell.

However, Aiden Markram and Rahul Tripathi brought some stability with a crucial partnership before the former departed for 21 runs. Pooran also departed soon by Hasaranga.

Batting first, Dinesh Karthik helped RCB collect 25 runs in the last over to guide the team to a total of 192/3 in 20 overs. Faf remained unbeaten on 73 while Glenn Maxwell also played his part and made a solid 33 runs off 23 balls.

Faf Du Plessis scored a brilliant fifty and partnered well with Rajat Patidar after spinner Jagadeesha Suchith dismissed Virat Kohli on the first ball of the match as RCBs are dealt a huge blow. Patidar missed out on a well-deserved fifty and was out for 48 runs.

Prithvi Shaw Admitted To Mumbai Hospital Due To High Fever

Educational Institutes Polish Inner & Hidden Talents In Each One Of Us: Prez Kovind