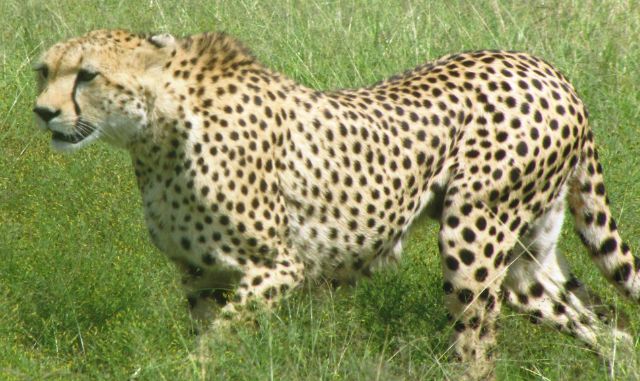 African Cheetahs To Be Spotted Soon In India

New Delhi: India and Namibia have signed a deal to bring cheetahs into the South Asian country, with the first batch of eight wild cats set to arrive next month, the Ministery for Environment, Forest & Climate Change said on Wednesday.

According to officials, India has been working to relocate the animals since 2020 when the Supreme Court announced that African cheetahs could be introduced in a “carefully chosen location” on an experimental basis.

India in the past had Asiatic cheetahs but the species was officially declared extinct within the country by 1952.

The deal signed on Wednesday will see Namibia’s African cheetahs flown in next month to a wildlife sanctuary in the central state of Madhya Pradesh for captive breeding – a move expected to coincide with India’s 75th Independence Day celebrations.

“Completing 75 glorious years of Independence with restoring the fastest terrestrial flagship species, the cheetah, in India, will rekindle the ecological dynamics of the landscape,” India’s environment minister Bhupender Yadav tweeted.

The Kuno National Park in Madhya Pradesh state was selected as the new home for the cheetahs because of its abundant prey base and grasslands which were found suitable for the felines.

“The main goal of cheetah reintroduction project is to establish viable cheetah metapopulation in India that allows the cheetah to perform its functional role as a top predator,” the environment ministry said in a statement.

The cheetah is the only large carnivore believed to have gone extinct in India, primarily due to hunting for its distinctive, spotted pelts and habitat loss.

Maharaja Ramanuj Pratap Singh Deo is widely believed to have killed the last three recorded cheetahs in India in the late 1940s.

India is also planning to ship in some cheetahs from South Africa but a formal pact has yet to be signed.