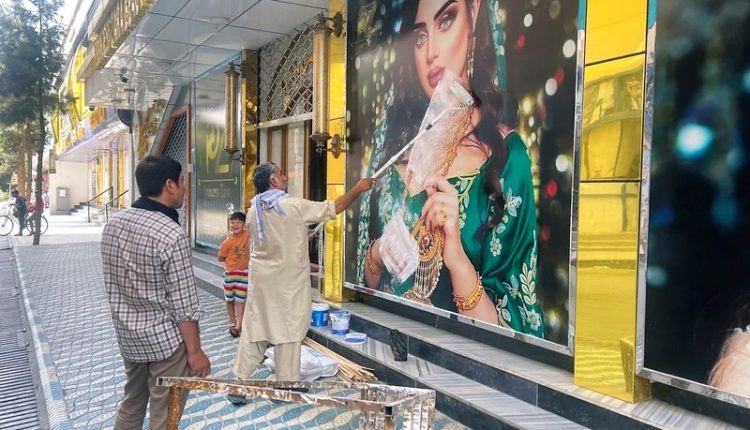 Kabul: Photos of women on the facades of businesses in Kabul have been removed, as the Afghan capital Kabul fell under Taliban control. 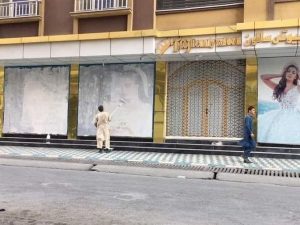 Photos from Kabul showed workers painting over images of women outside a beauty salon. When the Taliban last ruled Afghanistan between 1996 and 2001—the year they were removed from power by a US-led coalition after the 9/11 attacks —women were banned from work and education, and ordered not to leave their homes unless accompanied by a male relative. When they did go outside, they were required to wear the burqa.

In one photo, a man uses a paint roller to cover up an image of a woman in a green dress wearing jewellery and makeup. In another, a woman is ripping down an advertisement outside a beauty salon depicting two women not in burqas.

Women in Afghanistan now fear for their rights and lives as the Taliban reestablishes control in the country. 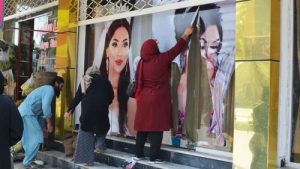 The victorious insurgents have promised not to carry out retribution against former government workers and a Taliban leader said his fighters had been “ordered to allow Afghans to resume daily activities and do nothing to scare civilians.”

The Taliban, which seized Kabul on Sunday after Afghan president Ashraf Ghani fled the country, have insisted that the movement will not impose the same harsh restrictions and Islamic codes they enforced in the 1990s. So far, they have resisted restricting Afghans’ access to the internet and women are still able to go outside without being accompanied by male guardians.

But female activists believe they will soon see their political, educational and social rights, which enabled them to become MPs, drive cars and compete in sporting events, rolled back.

Some television programmes, including Turkish and Indian soap operas, have already been replaced by Islamic ones, while owners of businesses have taken down pictures of women from beauty salons, tailor shops and plastic surgery centres for fear of being punished by Taliban militants.