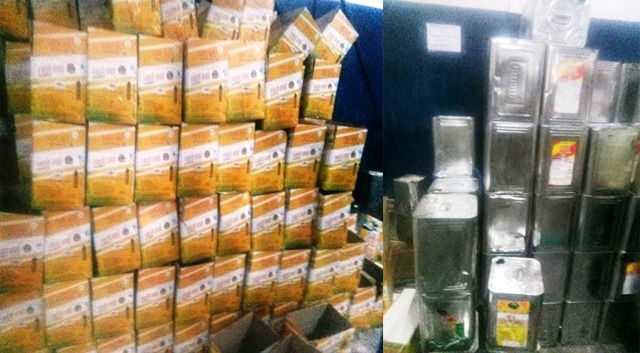 Berhampur: Police have busted a factory packing adulterated edible oil at Ramchandrapur under Gopalpur police station on Monday. Packing materials worth over Rs 10 lakh were seized by the police from the factory during the raid.

This is the latest in the series of fake factories being busted in Ganjam district in the past one month. A police source said a number of factories dealing in adulterated spices and tomato sauce.

District Consumer Protection Officer Chinmaya Padhi said adulterated edible oil and packing materials of reputed companies were seized during the raid and added that samples have been taken for examination.

Padhi said the company has been sealed. A decision will be taken after examination of the seized oil and other materials if the company will be permitted to get operational, the official said.