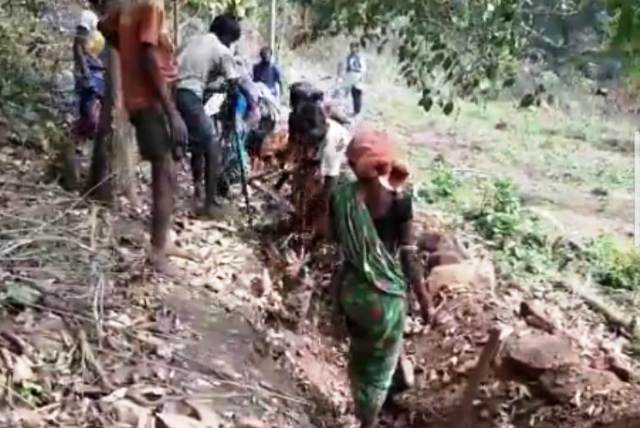 Phulbani: Fed up with the negligence of the district administration, villagers of Gudibali village under Daringbadi block in Kandhamal district dug out a canal to irrigate their farmlands.

Gudibali village has 17 families numbering 50 persons. It is situated in the hilly terrains surrounded by mountains and hillocks. They approached the district administration time and again to dig a canal to the farmlands, but to no avail.

As their imploring fell in deaf ears, they decided to dug out the canal for themselves using spades and other traditional digging apparatus. The villagers unitedly dug out a canal for providing irrigation facilities as their land is fertile.

They became successful after months of toiling and directed the stream to their farmlands.  Meanwhile, they have started producing different varieties of vegetables.

The residents of Gudibali village have demonstrated that if there is a will there is a way.

A social activist Mohammed Ziauddin expressed his satisfaction that the people have toiled together to show the world that they can achieve success without the help of so-called officials who know how to give false promises for months and years together.