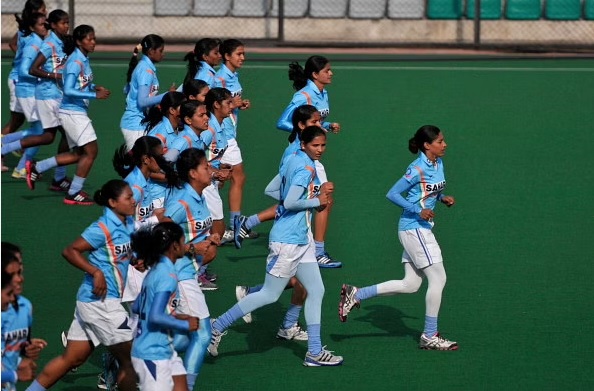 Valencia: The Indian Women’s Hockey Team is busy making final adjustments to their game as they gear up to compete in the FIH Women’s Nations Cup 2022, which begins on 11th December 2022 in Valencia.

The 2022 FIH Women’s Nations Cup is an important fixture in the international calendar as it brings a promotion-relegation system in which the Champions will be promoted to the 2023-24 FIH Hockey Women’s Pro League.

India spent their time in Valencia adjusting to the European climate and playing three practice matches with the host nation after arriving there nearly two weeks before the start of the tournament.

“It’s cold here but training has been going well, we have been able to build on our training during the National Camp in SAI, Bangalore. The practice matches were very beneficial, it showed us exactly where we need to put some extra focus on come the tournament. Overall, all games were competitive and pretty even based,” said Indian Women’s Hockey Team Chief Coach Janneke Schopman.

The team, led by goalkeeper Savita, lost the first practice match 0-1 before drawing 1-1 and losing 1-3. They will play Ireland in another practice game on Thursday before starting their campaign against Canada on Sunday.

“We will use this week to take the lesson from the Spain game and focus on these areas in training. We play Ireland on Thursday as well and we expect it to be a good game,” Schopman added.

After finishing third in their first FIH Hockey Pro League appearance last season, the Indian Women’s Team will be vying for a spot in the League by winning the FIH Nations Cup.

Talking about the team’s motivation, Schopman said, “The players are aware of what is at stake in this tournament. They know playing in next year’s Pro League will be beneficial for them as they prepare for Asian Games and the Paris Olympics.”