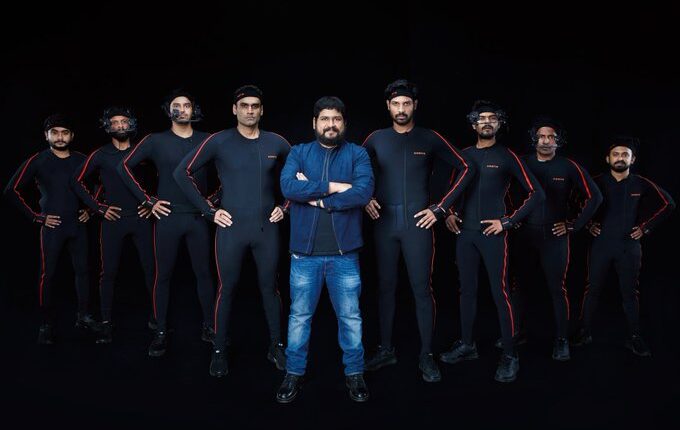 Hyderabad: Prabhas starrer Adipurush’s director Om Raut has kick-started motion capture shoot of the film and also shared a photo with the team.

Sharing a picture of him with the team, he wrote, “Motion capture begins. Creating the world of #Adipurush.”

Ever since the makers unveiled the first title poster of the upcoming big-budget film, Adipurush promises to be a visual spectacle. The upcoming Prabhas and Saif Ali Khan starrer will have a lot of VFX work involved and a technique never seen before in Indian films.

Adipurush will be shot as a bilingual in Telugu and Hindi and will be dubbed in other languages.

Adipurush is one of the biggest films that audience is eagerly looking forward to. Bollywood actor Saif Ali Khan in on board and will be seen in the role of Lankesh in Prabhas starrer.