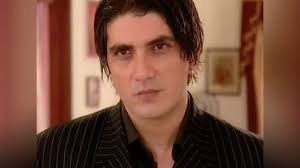 New Delhi: Actor Faraaz Khan, who was hospitalised on October 8 because of chest infection, died in Mumbai on Wednesday. He was 46.

Actress Pooja Bhatt, who helped out the actor’s family with the medical bills, shared the news of Faraaz Khan’s death on Twitter and wrote: “With a heavy heart, I break the news that Faraaz Khan has left us for what I believe, is a better place. Gratitude to all for your help and good wishes when he needed it most. Please keep his family in your thoughts and prayers. The void he has left behind will be impossible to fill.” In another tweet, Pooja Bhatt paid tribute to Faraaz Khan as a musician and wrote: “May your music always play across time and space.”

Last month, Faraaz Khan’s brother Fahmaan Khan, also an actor, asked for financial help and set up a fundraising platform. He revealed that Faraaz Khan was hospitalised because of chest infection, after which he was diagnosed with brain infection, and that Rs 25 lakh was needed for treatment.

Faraaz Khan was seen in some popular Bollywood films in the late 1990s and early 2000s, such as Fareb and Mehndi. Khan was signed for a debut lead role in the 1989 musical-romance Maine Pyar Kiya, but he fell seriously ill before shooting began, and so was replaced by Salman Khan.