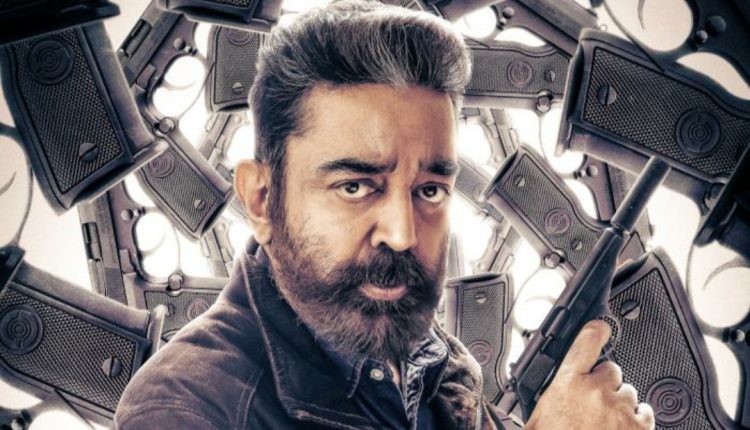 Chennai: The trailer of Kamal Haasan’s forthcoming Tamil action-thriller Vikram was unveiled on Sunday. The Lokesh Kanagaraj directorial, which also features a star-studded cast of Fahadh Faasil, Vijay Sethupathi and Suriya in a cameo role, promises to be a high-octane action thriller involving cops and gangsters. The film will be released in theatres on June 3.

The film, which is unrelated to the one released in 1986 with the same title and Kamal in the lead role, has a stellar star cast led by Vijay Sethupathi and Fahadh Faasil. The trailer promises a triangular face-off in terms of action and histrionics pitting the three accomplished actors against each other.

The trailer, that is packed with hidden references, indicates at a three-way tussle between the characters played by Kamal, Fahadh and Sethupathi, set to Anirudh Ravichander’s captivating background score.

This is Kamal’s first film release since 2018’s Vishwaroopam 2, as the actor-politician has been busy with his political career and hosting the reality show Bigg Boss.