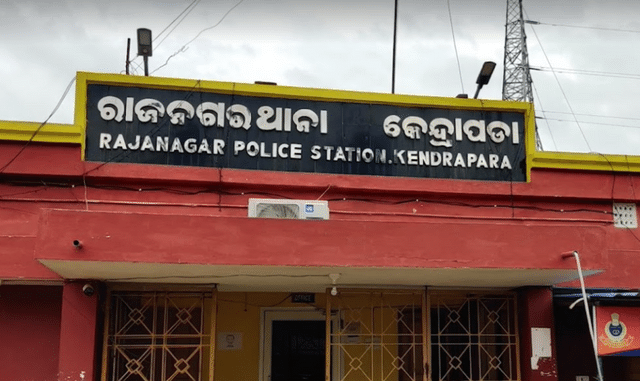 Rajnagar: An Assistant Block Education Officer (ABEO) of Rajnagar in Kendrapara district has been arrested on Thursday for allegedly misbehaving with a minor girl student in the school classroom.

According to reports, Rajnagar Police today arrested ABEO Subash Chandra Mohanty after the mother of a Class VIII girl student lodged a complaint accusing the ABEO of misbehaving with her daughter.

In her complaint, the woman stated that her daughter, who studies in Class VIII, was doing her homework alone in the classroom during the Mid Day Meal break on Wednesday. In the meanwhile, the accused ABEO entered the classroom and misbehaved with her minor daughter.

When the victim resisted, the accused ABEO asked her not to reveal this to anyone and walked out of the classroom, the complaint reads.

The matter came to the fore after the girl narrated the incident to her tuition teachers, who informed the girl’s parents. Following this, the girl’s father called the Head Master of the school and the ABEO and enquired about the allegation.

Today, when the accused ABEO reached the girl’s house, the villagers detained him and handed him over to the local police. He was then detained at the police station for interrogation.

Based on the complaint lodged by the victim’s mother, police have recorded the victim’s statement and arrested ABEO Subash Chandra Mohanty.

Later, scores of villagers gathered in front of the police station demanding to court forward the accused ABEO. Reportedly, police are investigating the allegations made against the ABEO.

Odisha BSE Class 10th Result To Be Announced In July…