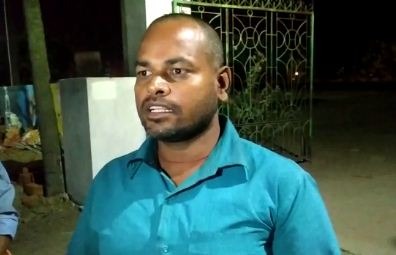 Balasore: The jeweller, who had been abducted on the pretext of buying gold ornaments in Balasore district, was rescued from Bhubaneswar.

After being rescued, Prahlad revealed that he was kidnapped by five miscreants who looted the gold ornaments after attacking him. Reportedly, the kidnappers drugged him and took him to Bhubaneswar in a bus after leaving their motorbikes at Jamujhadi.

Later, when Prahlad regained his consciousness, he noticed that the accused were taking him in an autorickshaw from Vani Vihar square to Master Canteen square.

However, he managed to escape from their clutches and rushed straight to the Bhubaneswar railway station. Fearing arrest, the miscreants stopped tailing him and fled from the spot.

On being informed, police rescued Prahallad from the railway station and brought him back to Soro.

Notably, Prahlad Behera, a resident of Atapura, received a call from one of his customers who asked him to reach Dandadhari village as he wanted to buy some gold ornaments. Accordingly, Prahallad went there with gold. However, he went missing after the incident.

Lady Teacher Killed After Being Hit Unidentified Vehicle In Sundergarh