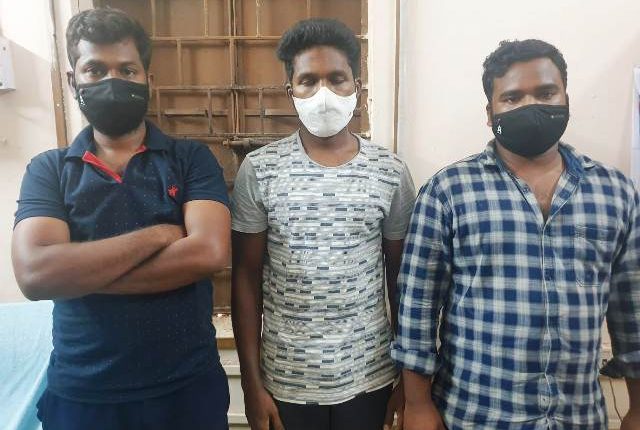 Berhampur: Gosaninuagaon police have rescued an abducted businessman of Berhampur town, from Andhra Pradesh and arrested three suspects in this connection.

According to the reports, unidentified miscreants allegedly abducted a businessman, M Ranjit Kumar, from Podipedibari Sahi near Thakurani temple under Badbazar police station. They kidnapped Ranjit in front of the mango market under Gosaninuagaon police station at around 9 am on Friday and fled towards Palasa in a car. The kidnappers then demanded Rs 3 lakhs from the family for releasing the businessman.

In compliance with the direction of Berhampur SP Pinak Mishra, a police team led by Goshaninuaga IIC Sumit Kumar Soren immediately headed for Palasa. With the help of their Andhra Pradesh counterparts, the team managed to rescue the businessman, Ranjit, from Manikant’s house at around 9 pm.

Ranjit was then brought to Berhampur and handed over to his family. Besides, a case (64/21) has been registered against the accused trio at Gosaninuagaon police station and they have been forwarded to the court, said ASP Rautray.