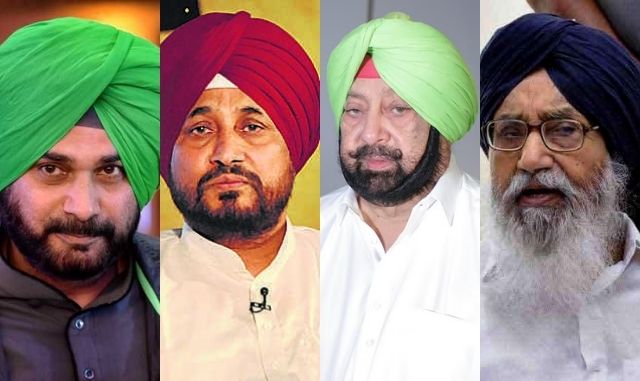 Be it Navjot Singh Sidhu, the veteran Prakash Singh Badal, CM Charanjit Singh Channi, or Capt. Amarinder Singh – all have lost their seats to AAP candidates thus marking a significant shift in the regional politics of Delhi.

Congress leader Navjot Singh Sidhu on Thursday faced an embarrassing defeat in the Amritsar (East) seat of Punjab to the AAP’s Jeewan Jyot Kaur by over 6,000 votes, His party too fared poorly with the projections showing a lead in less than 20 of 117 assembly seats.

Punjab Chief Minister and Congress leader Charanjit Singh Channi has lost from both the seats that he contested – Chamkaur Sahib and Bhadaur in the state assembly elections. While in Chamkaur Sahib, Channi got 50,000 votes, while Aam Aadmi Party’s candidate who has a similar name – Charanjit Singh – got over 54,000 votes.

As AAP wins Punjab, it will be the party’s maiden victory in the state and a vast improvement from its performance in the 2017 elections when it had finished second behind Congress.

Congress went into the polls, battling factionalism and anti-incumbency. The party changed its Chief Minister in September last year even as the party’s new state unit chief Navjot Singh Sidhu hinted about his own Chief Ministerial ambitions.