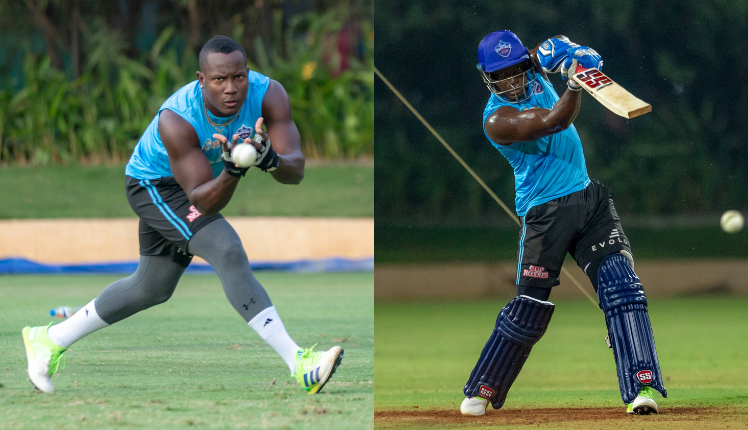 A Great Environment Has Helped Me Perform Well For Delhi Capitals: Rovman Powell

New Delhi: The aggressive batter Rovman Powell, who has been providing quick-fire innings down the order for the Delhi Capitals, expressed that he has felt at home in the Delhi Capitals camp when he appeared as a guest in the sixth episode of The Delhi Capitals Podcast, “Coming all the way from the Caribbean, it was very important for me to come here and feel at home. And the Delhi Capitals have accepted me as a part of their family and I feel at home here. Being comfortable in an environment can help you put up your best performances. And I realized that everyone in the team is behind you whether you have a good day or not and that is very important.”

The West Indian also shared an anecdote about his hilarious start to his journey with the Delhi franchise, “When I landed in Mumbai, I was told that the airline doesn’t have any of my bags. The only thing I had with me was my hand baggage when I left the airport. I didn’t have any extra clothes with me so I spent 2-3 days in a towel in my hotel room.”

Powell also spoke about the Delhi Capitals Captain, “Rishabh Pant is someone we look up to in the Caribbean because he’s a good player. Whenever we play against him (in international cricket), we have meetings about how to curtail his cricketing prowess and how to keep him quiet. And after I was acquired by Delhi Capitals, Rishabh told me that he is excited to have me as a part of the team and will give me a role that I would like. And he has stuck to his word.”

The hard-hitting batter also expressed that he is utilizing cricket as a means to take his family out of poverty, “I come from a small village (in Jamaica) where farming is the primary income earner for the majority of the families. But from my childhood days, I had a dream that I will take my family out of poverty through cricket and education. Cricket has been going well, thanks to the grace of God. Before I became a professional cricketer, I was going to become a soldier. If cricket didn’t work out then I would have been a soldier.”