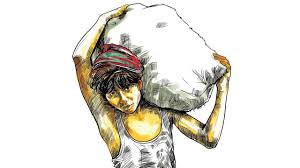 Sundargarh: The Sundargarh police on Friday night rescued nine minor boys from Koida bus stand being sent to other states for bonded labour.

As per reports, all the minors are in the age group of 14-17 years. They were reportedly sent to Bhubaneswar, from where they were supposed to be transported out of the state. However, the police rescued them from the Koida bus stand while acting on a tip off and handed them over to their families.

While eight of them belonged to the Patamunda Panchayat under Koida bock, one of them hailed from Guali in Keonjhar.

Alert for thunderstorms, rainfall in these Odisha districts