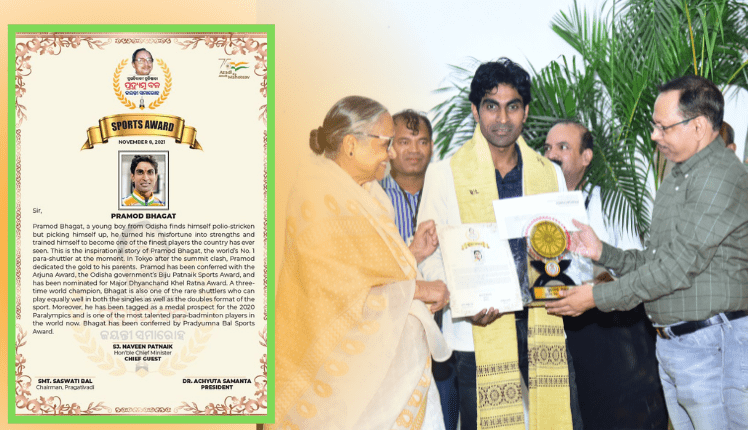 Bhubaneswar: On the occasion of the 89th Birth Anniversary Of Pradyumna Bal, noted leader and founder of Odia daily Pragativadi, a photo exhibition was organised on Sunday.

Pramod Bhagat, a young boy from Odisha finds himself polio-stricken but picking himself up, he turned his misfortune into strengths and trained himself to become one of the finest players the country has ever seen.

This is the inspirational story of Pramod Bhagat, the world’s No. 1 para-shuttler at the moment. In Tokyo after the summit clash, Pramod dedicated the gold to his parents. Pramod has been conferred with the Arjuna Award, the Odisha government’s Biju Patnaik Sports Award, and has been nominated for Major Dhyanchand Khel Ratna Award. A three-time world champion, Bhagat is also one of the rare shuttlers who can play equally well in both the singles as well as the doubles format of the sport.