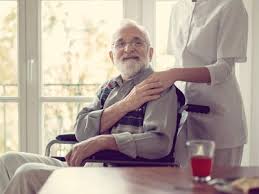 New Delhi: Nearly 75 million people above 60 years of age in India suffer from  chronic diseases, according to a survey conducted recently.

According to the Health Ministry, the survey covered a baseline sample of 72,250 individuals aged 45 and above and their spouses, including 31,464 elderly persons aged 60 and above and 6,749 oldest-old persons aged 75 and above from all States and Union Territories (UTs) of India (excluding Sikkim).

The survey conducted by LASI, Wave 1 found that about 27 per cent of the elderly have multi-morbidities. The survey said the prevalence of single morbidity and multi-morbidity conditions increases with age.

The study revealed that about a third (32 per cent) of elderly age 60 and above have hypertension, 5.2 per cent were diagnosed with chronic heart disease and 2.7 per cent with stroke.

Union Health Minister Dr Harsh Vardhan said the evidence from LASI will be used to further strengthen and broaden the scope of National Programme for Health Care of the Elderly.