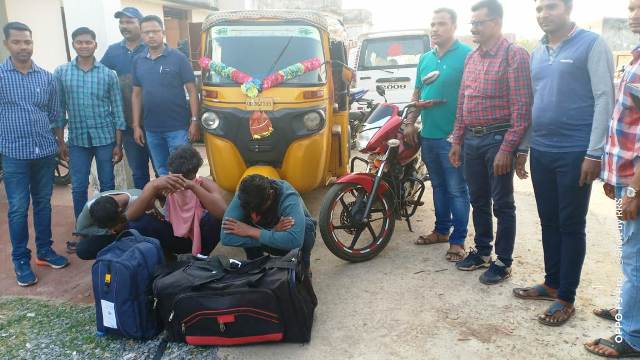 Malkangiri: The Excise Department personnel have seized 72 kg of cannabis and arrested three people on charges of smuggling the contraband in Malkangiri district on Tuesday.

Acting on reliable inputs, and in compliance with the direction of District Magistrate, a team led by Excise Superintendent Ashok Kumar Seth conducted surprise raids in multiple locations including MV-120 village, Sikhapali Chhak, and near pump line and seized a total of 72 kg cannabis.

The three arrested persons were identified as Manoj Kuldeep, Sudhakar Dalei and Raghu Bagh, all hailing from of Durgagudi Sahi. However, one Harish Khemundu, from Orkel village is absconding, said the Excise department.

The Excise officials stated that the seized cannabis is estimated to worth around Rs 4 lakh.