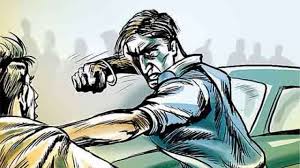 Dhenkanal: Seven forest department employees, including two forest guards and five forest watchers, sustained serious injuries after they were attacked by mining mafia at Karadabani area under Nihalprasad police limits in the district on Saturday.

Reportedly, the injured are undergoing treatment at Barapada hospital.

According to sources, a forest department team, following a tip-off illegal stone mining activities at Karadabani, rushed to the spot. However, the miscreants, who seemed to have anticipated the inspection by the forest officials, made an ambush with sticks and stones, leaving several of them injured.

The miscreants then took away their service revolvers, cell phones, and other articles and fled the spot.

On being informed, Nihalprasad police reached the spot and launched a search operation to nab the culprits.