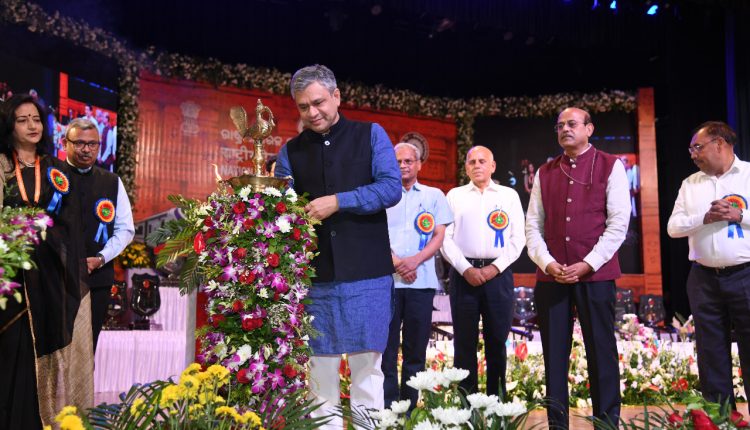 Bhubaneswar: The 67th National Railways Award Function-2022 has been organised at Railway Auditorium, Bhubaneswar, this time, under the auspices of East Coast Railway, today evening.

Union Minister of Railways, Communications & Electronics and Information Technology, Ashwini Vaishnaw, graced the occasion as the Chief Guest and felicitated the outstanding Railway Employees and Zonal Railways, Production Units and PSUs for their dedication to service & efficiency. 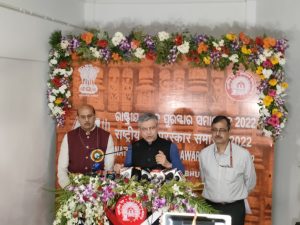 Speaking on the vision to bring fundamental changes in Indian Railways, rapid absorption of technology needs to be upgraded in terms of rolling stock, construction works, safety and cyber security.

Addressing about the investment, Vaishnaw said that more investment needs for the development of Railways. The government is making efforts to increase the investment in Railways since 2014 and this year it has reached One Lakh 37 Thousand Crore Rupees. He also informed that with a view to prioritise projects under the PM Gati Shakti Scheme, the Ministry of Railways has set up a new directorate under the Railway Board.

Earlier, V. K. Tripathi, Chairman & CEO of Railway Board in his welcome address spoke about the development of Indian Railways in recent days with transformation.

Altogether, 156 Railway Employees from various Zonal Railways all over the country received outstanding certificates and awards from the Railway Minister. Apart from this, 21 Shields were also given to various Railways, Production Units & Railway PSUs for their outstanding performance and efficiencies. 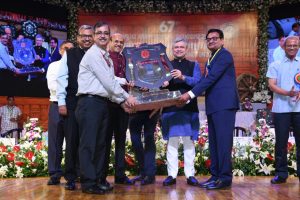 10 Trackmen including 8 in Safety Category and two in Operations, Security & Safety Category have been awarded. 28 Railway Employees awarded for meritorious act even in disregard to personal safety leading to protection of life and property on Railways. 42 Railwaymen awarded for exemplary work done to improve operations, Security & Safety, Better maintenance and utilisation of assets, 28 Employees awarded for New Innovations, procedures leading to economies in expenditure, improvement of productivity, etc.; 11 employees awarded for an increase in earnings and to ticketless travel, theft, etc., 12 for completion of projects in record time; 01 for outstanding performance in the field of Sports; 33 Railwaymen awarded for outstanding performance in other fields.

This is one of the major functions of Indian Railways where a complete set up of the Railway Ministry was present at Bhubaneswar. East Coast Railway is organising this function for the second time at Bhubaneswar. 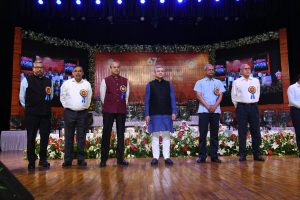