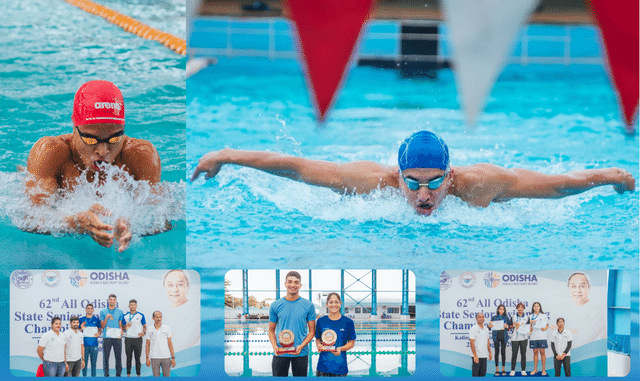 The two days event (23rd & 24th August 2022) was jointly organised by the Odisha State Swimming Association and the department of Sports & Youth Services, Government of Odisha. 12 swimmers, 6 Men and 6 Women swimmers were selected on the basis of their performance to represent Odisha at the National Seniors Aquatic championship 2022 scheduled to be held at Guwahati from 6th September to 10th September 2022.

The Selected swimmers are:

Bhubaneswar Team (308 points)was declared the group Champions and the Team Sambalpur( 200 points) as the Runners UP of the tournament.

The highlight of the Championship is that four swimmers achieved the ‘qualifying time standard’ prescribed by the Swimming Federation of India.

The President, Working President, General Secretary and other office bearers of the Association have congratulated the Selected swimmers and hope that they shall bring glory to the state of Odisha. The Association expressed its gratitude to the government for their total support to this state Championship’22.