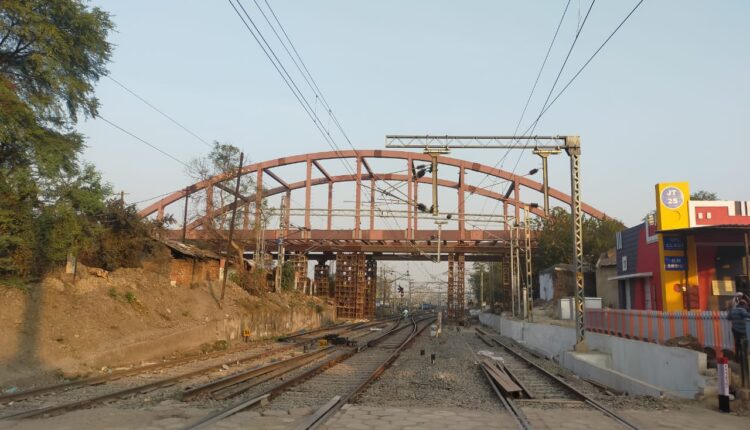 Bhubaneswar: A Bow String Girder of length 60 meters and weight about 355 tonne has been launched today at a Road Over Bridge (ROB) near Sambalpur by the Construction wing of East Coast Railway.

Launching of such a Bow String Girder at ROB was a challenge. The team of Chief Project Manager (CPM) of Construction Wing of East Coast Railway at Sambalpur completed this job with accurate planning and got the work executed successfully despite lots of constraints and difficulties.

Such type of Girder Launching is the first time in the history of Odisha and East Coast Railway. Steel Girder of 60 meters span has been launched. ROB at Khetarajpur is being constructed in lieu of Special Class Level Crossing which is highly congested and has a Train Vehicle Unit (TVU) of 413708 units as per the census taken on Oct 2018. 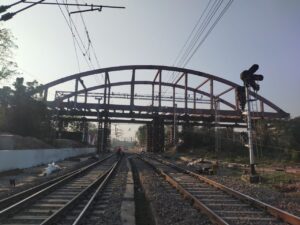 The construction of ROB is in high demand at this place. Out of 35 piers and 2 abutments, 04 numbers of piers (pier 21-24) belongs to Railway portion and the span above the Railway track is 60m whereas the approach spans are 24m on both sides.

The launching of 60m Bow String Girder was a difficult proposition which has been successfully executed. State govt portion of rest spans are also under construction. Once this ROB gets functional there will be huge relief to the commuters at the Level Crossing of Khetrajpur area. This will facilitate the movement of traffic from Remed Chowk of NH6  to Khetrajpur. The foundation stone of ROB was being laid by the then MOSR Shri Manoj Sinha in the Aug-2017.