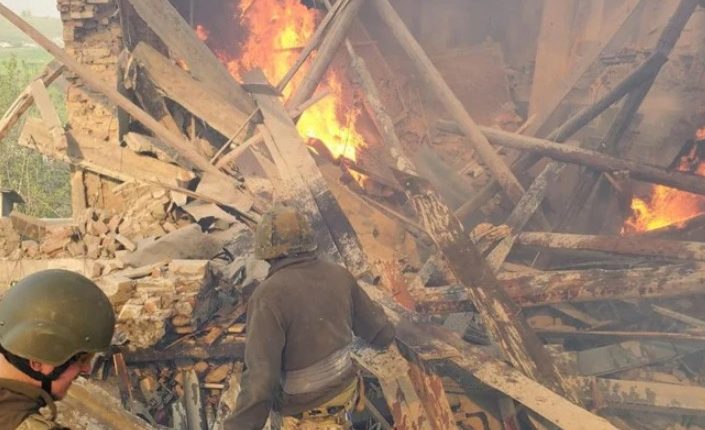 Kyiv: At least 60 people were feared dead after a Russian bomb destroyed a school sheltering about 90 people in the basement.

Governor Serhiy Gaidai said Russian forces launched an air strike on Saturday afternoon on the school where about 90 people were sheltering, causing a fire that engulfed the building.

“The fire was extinguished after nearly four hours, then the rubble was cleared, and, unfortunately, the bodies of two people were found,” Gaidai wrote on the Telegram messaging app.

“Thirty people were evacuated from the rubble, seven of whom were injured. Most likely, all 60 people who remain under the rubble are now dead.”

Cyclone Asani Update: Odisha To Experience Rainfall From May 10 Evening