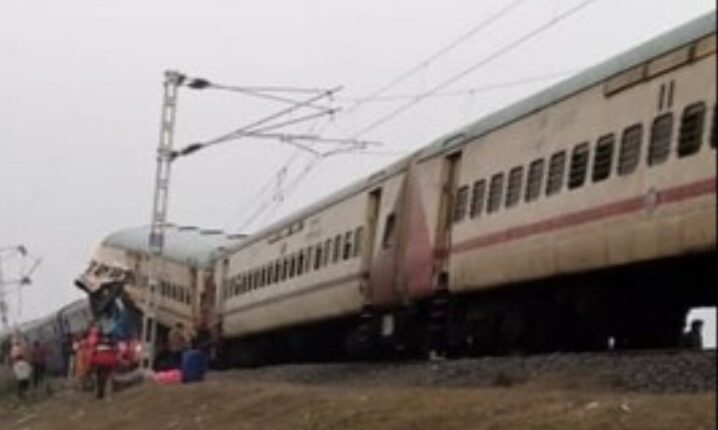 Jalpaiguri: At least six persons died and more than 40 passengers were injured when 12 coaches of the Bikaner-Guwahati Express (15633) derailed in West Bengal’s Jalpaiguri district.

Prime Minister Narendra Modi who was in a meeting with the chief ministers of the states regarding Covid received information about the accident from Chief Minister Mamata Banerjee.

The train that started from Bikaner in Rajasthan was heading to Guwahati in Assam via Patna when the accident took place near Mainaguri in Jalpaiguri around 5.15 p.m. on Thursday. Mainaguri was not one of the train’s 34 stoppages and the Bikaner Express was merely passing Jalpaiguri at the time of the incident.

According to the railway authorities the reason for the accident is yet to be determined but there was no problem with the signal and it is suspected that the derailment took place because of some problem on the track.