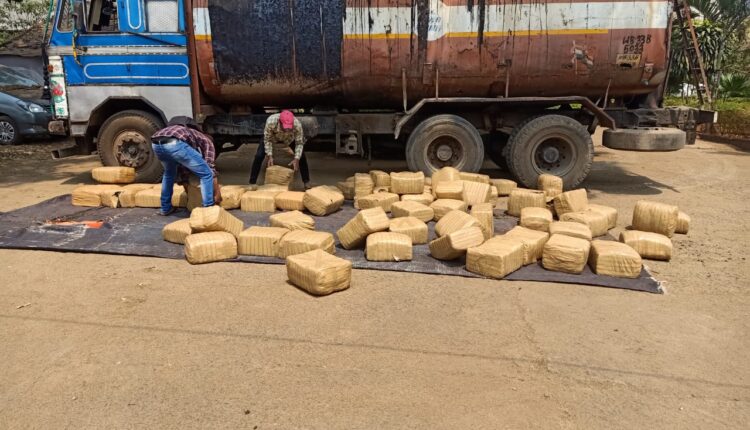 6.75 quintals of cannabis seized from bitumen tanker in Koraput

Semiliguda: Tightening noose around cannabis smuggling, Semiliguda police have seized 6.75 quintals of cannabis from a bitumen tanker truck near Kutugaon junction on NH-26.

On Thursday night, Semiliguda police intercepted the tanker, which is used to transport bitumen, and confiscated 6.75 quintals of cannabis stashed in the container of the tanker.

According to police, the 10-wheeler bitumen (PICHU) tanker (WB-33-B-5033) and 675 kilograms (6 quintals of 75 kg) were seized. As many as 67 packets of ganja stashed in gunny bags, each weighing 10 kilograms, were recovered from the vehicle.

“A case has been registered under Sections 20 (b) (ii) & (C) of the NDPS Act. However, two persons who were in the vehicle managed to escape from the scene due to darkness,” police said and added that the cannabis was being transported from Pottangi area to Bihar.