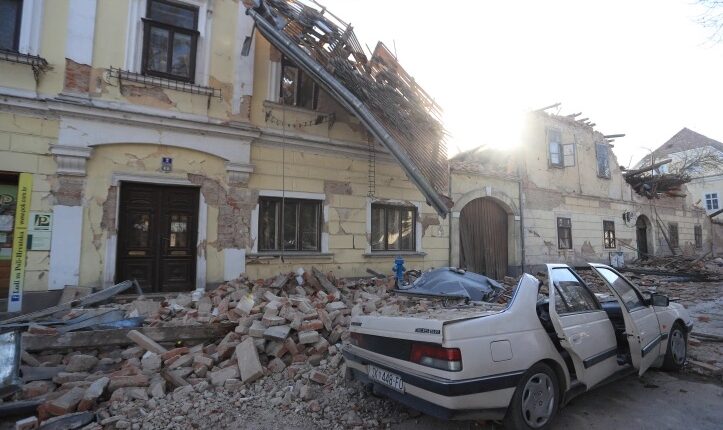 Zagreb: At least seven persons were killed, while more than 20 were injured after a strong earthquake rattled central Croatia.

A magnitude-6.2 earthquake shook Croatia on Tuesday causing heavy damage near the capital of Zagreb.

The quake was centred just west of Petrinja, a city of 25,000 about 30 miles southeast of Zagreb, Croatian seismologists said.

Shaking was felt around noon by nearly 6 million people in Croatia and around the Balkans, prompting large-scale.

Tuesday’s quake was the second in the area within 24 hours, after a magnitude-5.0 earthquake on Monday.