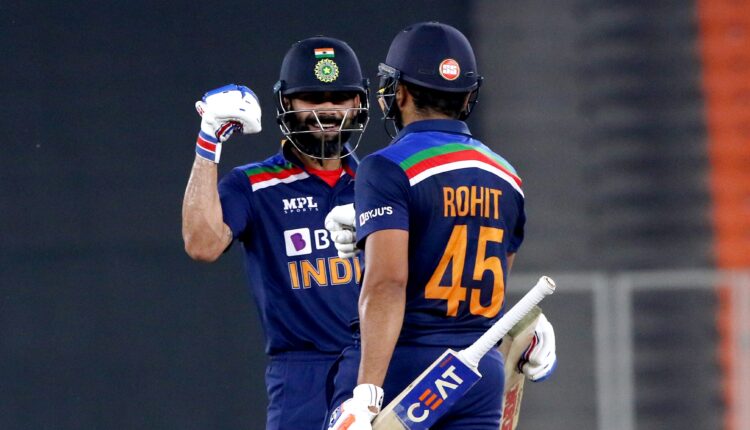 India set a victory target of 225 runs to England, in the fifth and final T20 International match being played at Narendra Modi Stadium in Ahmedabad.

India scored 224 runs for the loss of two wickets in the stipulated 20 overs.

Virat Kohli thrashed the English Bowling to score 80 runs off 52 balls and Rohit Sharma scored 64 runs off 34 balls. For the visitors, Ben Stokes and Adil Rashid took a wicket each. Earlier, England won the toss and elected to field.

The five-match series is levelled 2-2 now. The hosts managed to beat England by 8 runs on Thursday. It was the first time in the series that the team batting first went on to win the game.

While England have played inconsistent cricket despite taking lead twice in the series.

It will be crucial for both the teams as it’s major series for them ahead of the T20I World Cup this year.