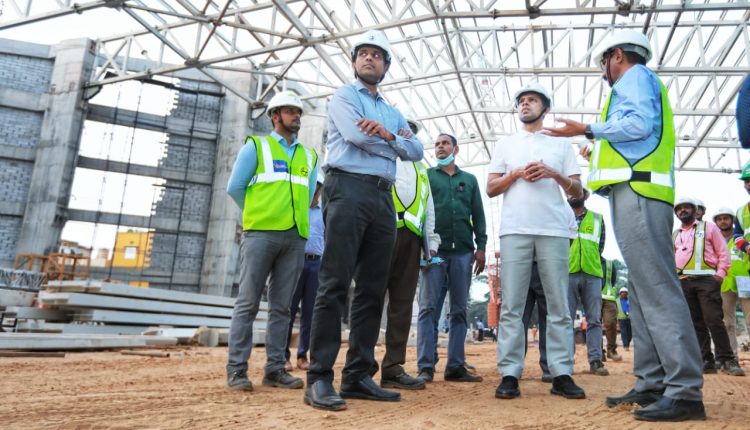 Bhubaneswar: 5T Secretary V K Pandian on Saturday visited the Kalinga Stadium in Bhubaneswar to review the sports infrastructure projects taken up under the 5T initiative.

The 5T Secretary discussed in detail with the site engineers on the progress of the projects and timelines for completion. He expressed satisfaction that the construction is progressing well. The project construction has started around 15 months back and the projects are expected be commissioned over the next two months.

Mr. Pandian encouraged and motivated the officials and staff present at the site for their hard work in creating such facilities for the sportspersons in such a short time period. He reflected upon Chief Minister Naveen Patnaik’s vision to invest in Sports and the future of youth and shared that all these sports projects and endeavours will play a key role in nurturing champions of tomorrow.

“It will be a pride moment to see Odisha playing an important part in India’s dream of becoming a true sporting nation,” he added.