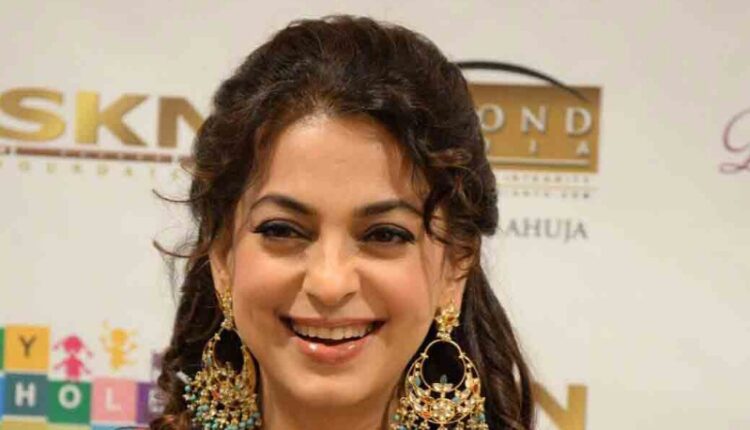 New Delhi: The Delhi High Court on Thursday reduced the costs imposed on actor Juhi Chawla in a 5G-related suit and expunged the adverse observations against her in the verdict.

A bench of Justices Jasmeet Singh and Vipin Sanghi reduced the penalty on Chawla from Rs 20 lakh to 2 lakh, stating that the actress did not take up the issue in a ‘frivolous or casual’ state.

The High Court stated, “Ms Chawla, who has appeared before us, has stated that she raised the issue in all seriousness and she has also said that she did not expect the proceedings to go on in the manner they did. We are of the view that the order of the single judge needs to be modified in the interest of justice. We, therefore, expunge the observations made by the judge against Juhi Chawla, especially those made in paras 41 and 43.”

The order further added, “We reduce the costs from Rs 20 lakh to Rs 2 lakh. We are inclined to retain part of the costs since we do find that the applications made along with the plaint were indeed completely meritless. Ms. Chawla has volunteered that she will work with the Delhi State Legal Services Authority in whose favour the costs of Rs 20 lakh were originally awarded. She will work to advance the cause of women in need for legal aid. She says she will be honoured to render social service by featuring in their programmes.”

Earlier, in 2021, Chawla had filed an appeal against a single-bench order which in June 2021 had dismissed her suit against the introduction of 5G technology in India.

The single bench, in the order dismissing the suit, had said it was filed to gain publicity and imposed a cost of Rs 20 lakh on the three plaintiffs, including Chawla, for “waste of judicial time”.