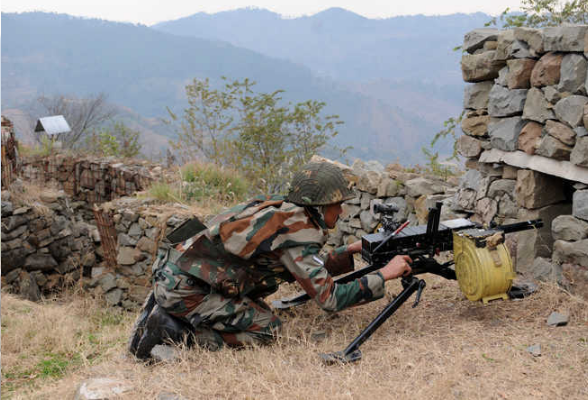 Srinagar: At least five Pakistani soldiers were killed and three injured in an overnight retaliatory action by the Indian army along the Line of Control (LoC) in Poonch district of Jammu and Kashmir, officials said.

“Pakistan initiated unprovoked firing and shelling targeting civilian facilities in Mankote sector of the LoC in Poonch district on Thursday. Damage was caused to civilian properties due to indiscriminate targeting of civilian facilities by the Pakistan army. This necessitated befitting retaliatory action by the Indian army in which five Pakistani soldiers were killed and three injured. Several of their bunkers have also been destroyed”, officials added.

Firing exchanges between the two sides lasted for 2 hours.

30 civilians have been killed and over 100 injured in over 3200 ceasefire violations by Pakistan on the LoC in J&K till now.

3 Killed, Several Injured In Stampede At…