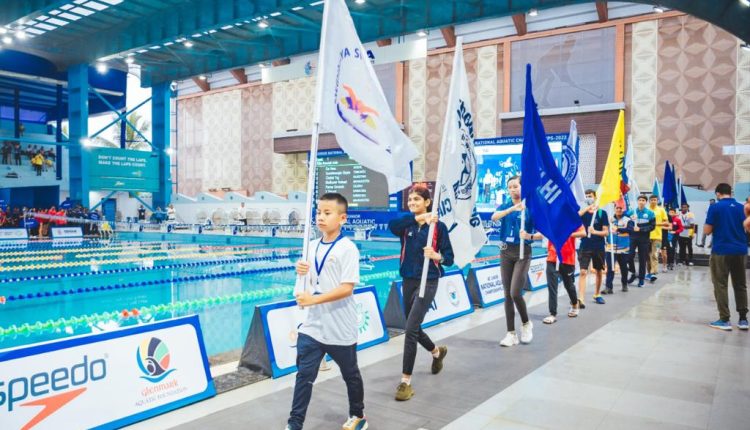 This is is first ever National Aquatic event in Odisha that will help boost the sport of swimming in Odisha.

The inaugural ceremony was held at 16.30 hours with the Hon’able Minister of sports Shri Tusharkanti Behera as the Chief Guest of the evening.

In his address, he reiterated the pledge of the Government of Odisha led by Shri Naveen Patnaik ji to make Bhubaneswar the ‘ Sports Capital ‘ of the country. He said that Odisha had become the Sporting Hub for all sports disciplines.

He hopes that with the completion of the indoor ultra modern state-of-the-art aquatic complex at Kalinga Stadium, Bhubaneswar will definitely develop, promote and expand the aquatic sport in Odisha in particular and India in general.

He spoke about the grassroots level training facilities available in 9 different centres of the state and said that swimming is given the top priority along with the game of hockey.

He formally declared the championship opened with the cheers and clapping by the thousands of participants across the country. Ms Mannata Mishra, captain of the Odisha contingent took the oath of fair play and sportsmanship on behalf of all the participants.

Tele-Law service is being made free of cost for citizens from this year: Kiren Rijiju