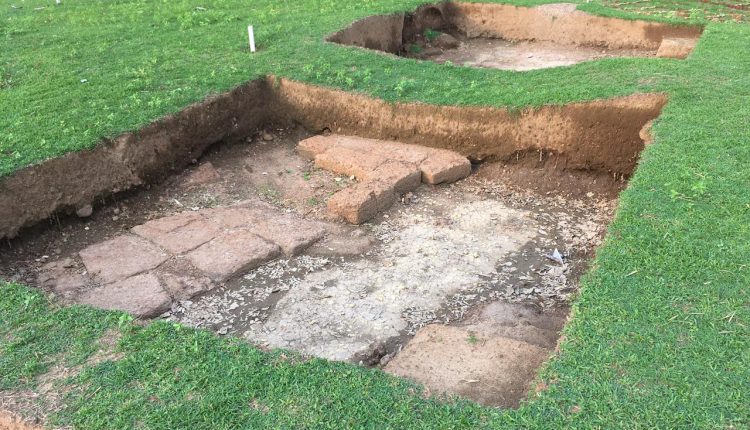 Bhubaneswar: Archaeologists in Odisha have discovered 4,000 years old fortified historical sites in the Balasore district. Articles, dating back from 2000 BC to 100 BC and belonging to the Chalcolithic phase, Iron age and Early Historic period have been recovered for the first time in Durgadevi and Ranasahi in Balasore.

Located 20 km from Balasore town, bordering Mayurbhanj district, the Durgadevi site has a circular mud fortification of about 4.9 km in circumference between river Sona on the south and Burahabalang on its north-eastern side.

“The site had a circular mud fortification of about 4.9 km in circumference, and in between the river Sona on the south and the Burahabalang on its north-eastern margin. Two small nullas Gangahara and Prassana join the site on its north and south forming a natural moat of the site which was an ancient water management system developed at least 4000 years back from the present,” read a release by the Information and Public Relations Department of the Odisha government.

It further informed that the excavation began with an aim to correlate the simultaneous growth and development of Maritime activities, and Urbanisations in East Coast of India linking Ganga valley in North and Mahanadi Valley in Central Odisha, particularly focusing upon the early cultural development in northern Odisha.

OIMSEAS’s major discoveries of the Chalcolithic period (2000 to 1000 B.C.) of Durgadevi were the base of Circular Hut, Black on Red Painted pottery, Black Slipped Ware, Red Slipped Ware, and Copper objects.

“The lifestyle of this phase is marked little improved and depended on agriculture and production of various other crops and led settled life. The use of iron is a landmark phase in the growth of civilization in Odisha particularly in North Odisha,” the release said.

Sharing details of the period, the authorities said, “The lifestyle of the people derived from the cultural materials are very improved from an agricultural base to trade and construction of Fortification around the site with a moat which signifies the emergence of Urbanisation at Durgadevi around 400 to 200 BCE.”

However, we are trying to get absolute date for the site through AUC, Inter-University Accelerator Centre, New Delhi. Further excavation will not only bring new light on the development of society and culture of Balasore district but also the East Coast of India, a release by OIMSEAS stated.