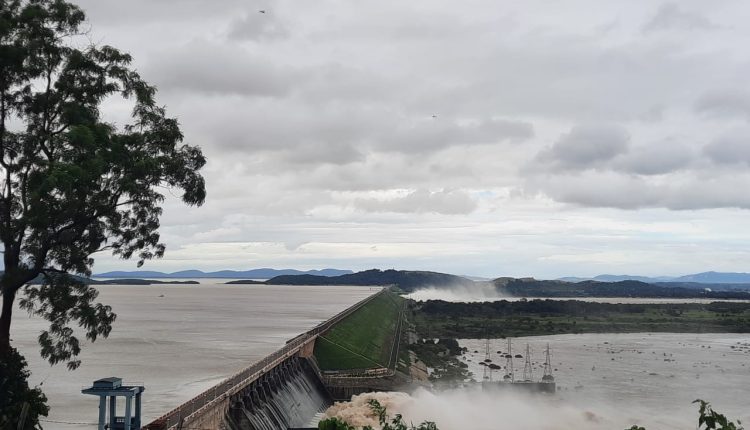 Sambalpur: The authorities of Hirakud Dam on Tuesday opened a total of 14 sluice gates of the reservoir to discharge the flood water.

Currently, flood water is being released through 40 gates.