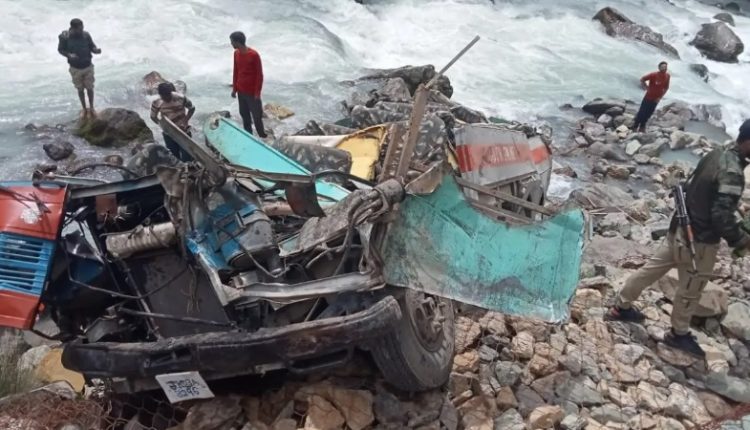 Srinagar: At least 4 Indo-Tibetan Border Police (ITBP) personnel were killed while several others sustained injuries after the bus they were travelling in fell down to a roadside river bed in Kashmir on Tuesday.

According to reports, a civil bus carrying 39 personnel (37 from ITBP and 2 from J&K Police) fell down to a roadside river bed after its breaks reportedly failed. The troops were on their way from Chandanwari to Pahalgam.

While more casualties are feared, rescue operation has been launched.

More details are being awaited in this regard.