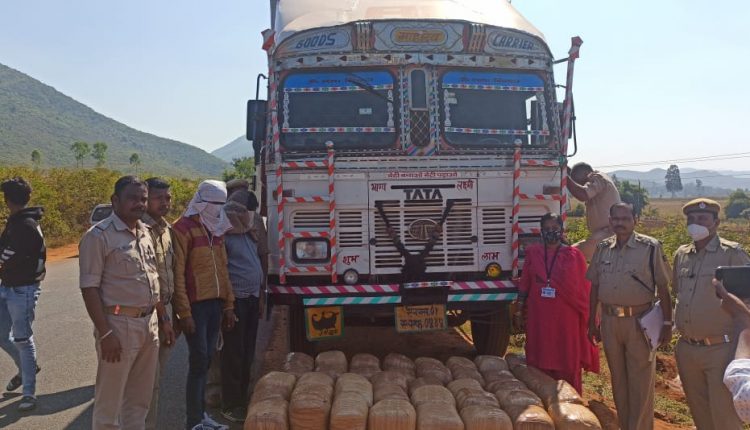 4.5 Quintals Of Cannabis Seized From Container Truck In Koraput’s Semiliguda

Semiliguda: Police here today seized around 4.5 quintals of cannabis from a container truck near Semiliguda and arrested two persons involved in the smuggling.

Acting on a tip-off on smuggling of ganja from Kunduli to Uttar Pradesh via Koraput, a team of Semiliguda police intercepted the container truck on the NH-26 today. Upon search, a huge cache of ganja sealed in packets was found and seized, the police said.

The seized contraband weighing around 450 kgs is estimated to worth around Rs 45 lakh, sources in the police said.