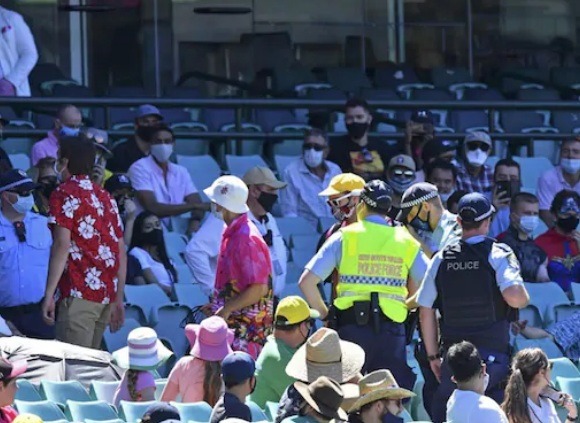 Sydney: Cricket Australia on Sunday apologised to team India after players face alleged racial abuse during the ongoing third test between India and Australia at the Sydney Cricket Ground (SCG) in Sydney.

“As series hosts, we unreservedly apologise to our friends in the Indian cricket team and assure them we will prosecute the matter to its fullest extent,” Sean Carroll, Cricket Australia’s head of Integrity and Security, said in a statement.

During the second session of the fourth day, India players huddled in the centre after Siraj, standing at the square leg boundary, complained of abuse after being hit for two consecutive sixes by Cameron Green in his over.

This prompted the security personnel to enter the stands and look for the mischief monger before a group of people was asked to leave the stands.

After the third day’s play in Sydney on Saturday, the Indian team lodged an official complaint with match referee David Boon for alleged racial insults from the crowd at the stadium.