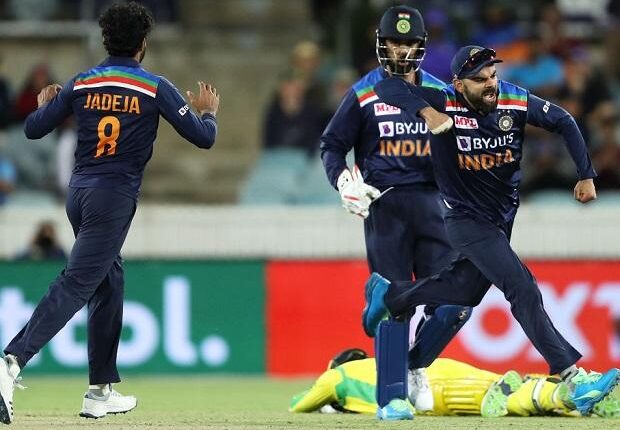 Canberra: Virat Kholi-led Indian team outclassed the Australian team by 13 runs in the third and final One Day International (ODI) at Manuka Oval, Canberra on Wednesday.

In the third and final ODI of the series, India won the toss and chose to bat first.

Electing to bat, India scored 302 for five with Hardik Pandya (92 not out) and Ravindra Jadeja (66 not out) rasing an unbeaten 150-run stand for the sixth wicket.

The IND vs AUS ODI series is the first for India in the ICC Cricket World Cup Super League. The top seven teams on the points table of this league will qualify directly for the 2023 World Cup to be played in India.

India had lost the first two ODIs in Sydney to hand Australia a decisive 2-0 lead in the series.

Another 660 COVID-19 patients recover in Odisha