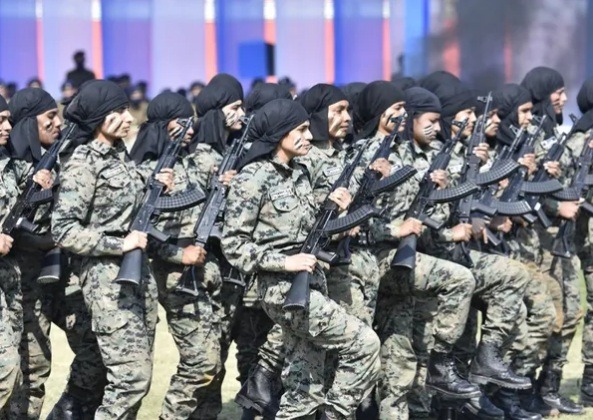 The contingent will soon be deployed in the anti-Naxal operations grid of the country, said the top officials.

The Commando Battalion for Resolute Action (CoBRA) was raised under the CRPF in 2009 for undertaking intelligence-based jungle warfare operations. It has been an all-male affair for this unit till now.

According to the CRPF, on the occasion of the 88th all-women battalion Raising Day, these women commandos have been inducted along with the introduction of all Mahila brass band which will make CRPF the first force to have a women brass band.

“Mahila personnel of CRPF forming the first all-women brass band will also undergo a training course to acquire the requisite skills on the musical instruments. It deserves pertinent to mention that the force already has an all-women pipe band,” CRPF said in a press release.

“CRPF has taken another step towards women empowerment by inducting women commandos on the celebrations of 88th all-women battalion. Notably, 88th Mahila Battalion of CRPF has the distinction of being the first all-Mahila battalion in the world,” the CRPF said.

“34 women personnel from the 6 Mahila Battalions of CRPF who are joining the COBRA today will undergo a strenuous CoBRA pre-induction training of 3 months,” the CRPF added.

The training of these commandos will reinforce their physical capabilities and tactical acumen by imparting next-level training in firing and special weapons, tactical planning, fieldcraft, explosives, and jungle survival skills.

After the completion of their training, the batch of these Mahila Warriors will be posted in LWE areas alongside their male counterparts.