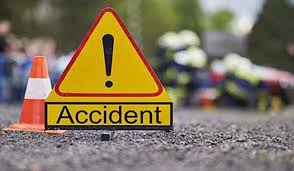 3 Killed, Over 15 Injured As Bus Overturns In Rayagada

Rayagada: At least three persons lost their lives in a road mishap as the bus in which they were travelling overturned near Hajaridanga village in Bissamcuttack area of Rayagada district last night.

The deceased persons were identified as the driver of the bus, the helper of the vehicle, and a passenger.

According to sources, the accident took place while the vehicle, bearing registration number OD-04A-7451, was heading towards Cuttack from Laxmipur when the driver of the bus lost control over the wheels around 10.30 pm. Following this, the vehicle veered off the road and turned turtle.

More than 15 passengers were injured after being trapped inside the bus. On being informed, police rushed to the spot and initiated rescue operation.

The injured were immediately hospitalised while police recovered the three bodies for post-mortem.