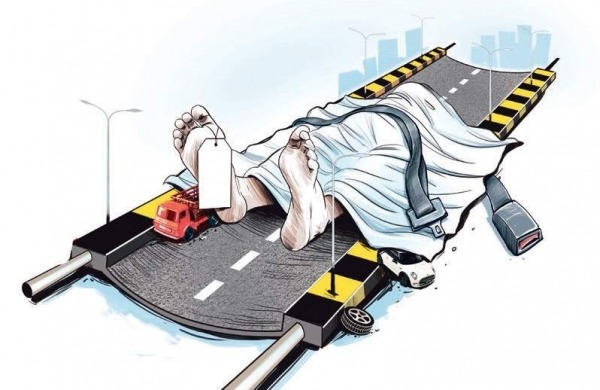 Bargarh/Kandhamal: At least three persons killed while seven others sustained critical injuries in separate road accidents at different places of the State on Wednesday.

In the first incident, two persons were killed and seven were critically injured after an auto-rickshaw they were travelling in fell off from Sarnapali bridge under Bijepur police limits in Bargarh district.

The accident took place when they were returning to Bijepur from Bargarh after attending a marriage.

Soon the local residents launched a rescue operation and rushed the victims to Burla medical.

On being informed, the local police reached the spot and launched a probe.

In Kandhamal, tension ran high at Landa village under Barakhama police limits after a car rammed into a house and killed one person. The deceased has been identified as Makhan Dandia.

According to sources, the car was en route to Kantamal when the driver lost control over the wheels and rammed the vehicle into the house. Following this, Makhan, who was standing outside the house at the time, died on the spot.

Meanwhile, locals have detained an occupant and informed the same to the police. Police rushed to the spot and launched a probe.