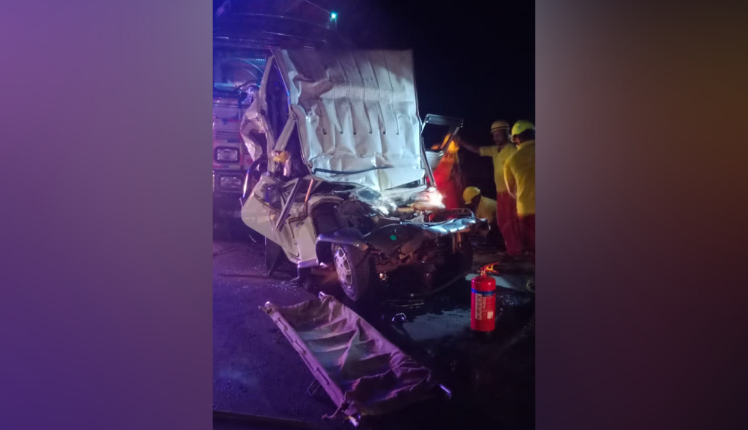 Bangiriposhi: Three people including a woman were killed after a speeding truck rammed into an SUV car on Bangiriposhi ghat in the Mayurbhanj district on Thursday.

According to reports, the incident took place near Dwarasuni Ghati this evening when the car was coming from Baripada town.

Suddenly a goods-laden truck hit it from the forefront. As a result, the car driver and two passengers died on the spot.

At the same time, a minor girl and a minor boy who were with their parents became critical following the mishap.

They have been safely rescued from the spot of the mishap. It is believed that all the victims of the accident belong to the same family.

On Being informed, police and fire service personnel rushed to the spot and initiated a rescue operation, and admitted the injured into the hospital.