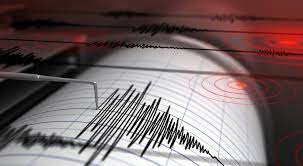 Tokyo: At least three people were injured  after a 6.8-magnitude earthquake struck off Japan’s northeastern coast on Saturday.

The authorities said there was no tsunami warning. Local media reports said there were no reports of major damage. The United States Geological Survey (USGS) said the quake occurred at a depth of 47 kilometres (29 miles) in the Pacific, off Ishinomaki in Miyagi prefecture.

Officials, however warned, that aftershocks may hit the region in about a week. Bad weather may trigger landslides following the latest ground shaking.

Reports said there was no damage to Fukushima nuclear plant after the latest earthquake. Japan is situated on the Pacific “Ring of Fire” and prone to intense seismic activity.

Japan is regularly hit by quakes with strong tremors.