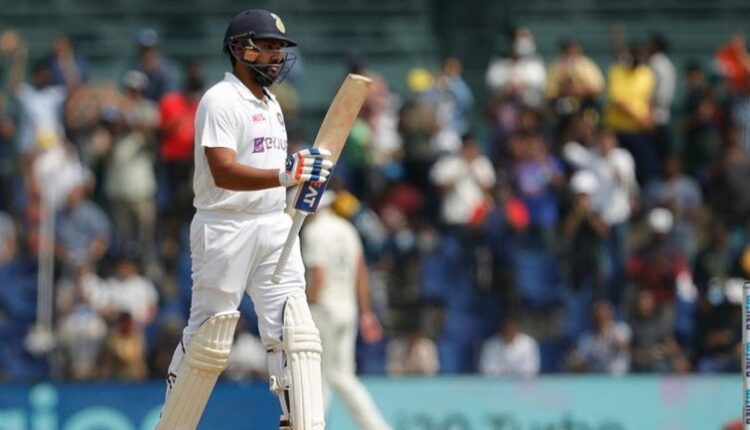 Chennai: Team India opener Rohit Sharma smashed his seventh Test century on Saturday in the second Test against England at the MA Chidambaram Stadium in Chennai.

The 33-year-old took 130 deliveries for his century, lacing it with 14 fours and two sixes.

Opening the batting for India, Rohit lost partner Shubman Gill early in the first innings. Rohit, though, soldiered on and hit boundaries off both the pacers and the spinners.

Rohit brought up his fifty off just 47 balls with a boundary off Jack Leach in the 15th over of the innings even as Cheteshwar Pujara (21) and Kohli (0) fell around him.

Rohit grew in confidence after the fifty, playing imperious sweeps and cuts off Moeen before driving Leach down the ground.

He went to Lunch on Day 1 on 80 not out but was subdued in the first half-hour after lunch.

Even as his 85-run with Cheteshwar Pujara ended and Virat Kohli fell for a duck, Sharma continued playing shots.

Rohit breezed through the nineties by stepping out to Moeen and hitting a six over long-off. After some nervous moments in the late nineties, Rohit brought up his century.

Vistara To Commence Non-Stop Flights To Maldives From March 3