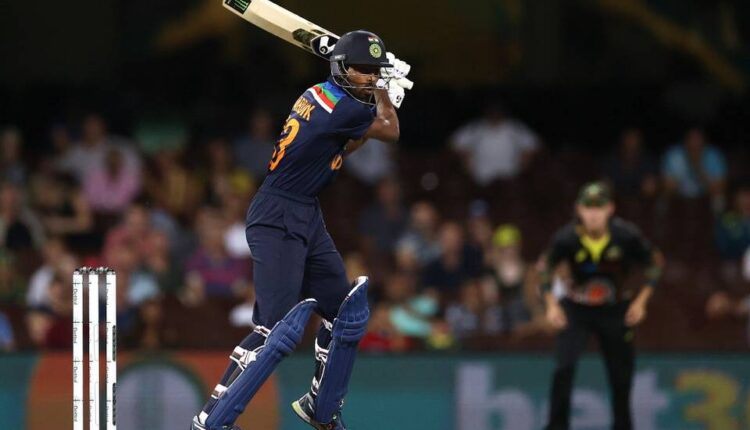 Sydney: Shikhar Dhawan and Hardik Pandya’s score helped India to a terrific 6-wicket win in the 2nd T20I against Australia on Sunday in Sydney. With this win, the visitors have taken a 2-0 unassailable lead in the 3-match series.

Shikhar Dhawan top-scored with 52 off 36 balls and captain Virat Kohli played a 40-run knock off 24 balls.

Needing 25 of the final 12 balls after fetching 12 in the 18th over, Pandya scored an unbeaten 42 off 22 to finish the game on a winning note.

Pandya was also adjudged as the man of the match.

Earlier, Kohli won the toss and opted to bowl. Wade, who led the Australian side in the absence of Aaron Finch, top scored with 58 off 32 balls.

For India, T Natarajan continued with his fine forma and returned with the figures of 2/20 in four overs.