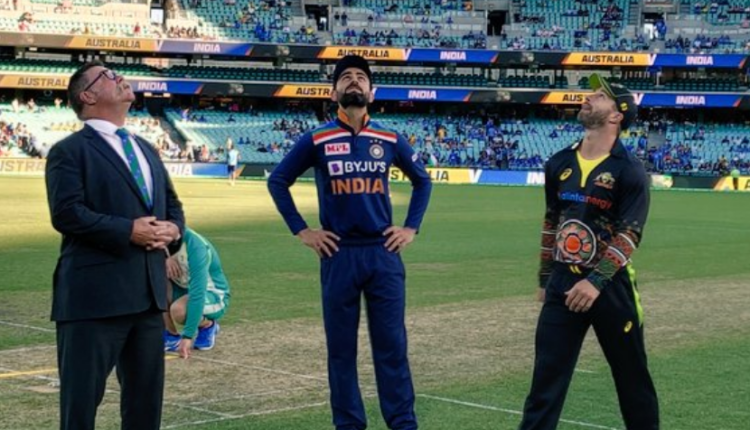 Sydney: Virat Kohli led Indian team has won the toss and elected to field against Australia in the ongoing second T20I at the Sydney Cricket Ground.

Mohammed Shami, who featured in the first T20I, has been rested. He has been replaced by Sharduk Thakur. Meanwhile, Manish Pandey has also made way for Shreyas Iyer.

For the Aussies, Aaron Finch, Josh Hazlewood, and Mitchell Starc are the only changes from the first T20I. They have been replaced Daniel Sams, Marcus Stoinis and Andrew Tye.

After losing the ODI series, the visitors won the first T20I by 11 runs, with KL Rahul top-scoring for them with 51 runs.  India will be now looking to clinch the three-match T20I series with a game remaining, if they beat Australia in the 2nd T20I at the Sydney Cricket Ground (SCG) on Sunday.

Stricter Enforcement Of Traffic Rules To Return From January In Odisha