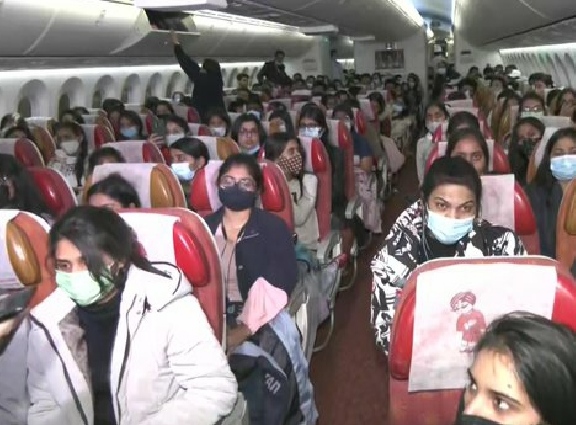 2nd Evacuation Flight With 250 Indians From Ukraine Lands In Delhi; 3rd Plane Takes Off From Budapest

New Delhi: The second evacuation flight of Air India, carrying 250 Indian nationals stranded in Ukraine, landed at the Delhi airport during the wee hours of Sunday. The flight took off from Romanian capital Bucharest on Saturday evening as India grappled to bring home its stranded citizens from Ukraine through the land borders of neighbouring countries in the face of Russian invasion.

Third flight of Operation Ganga with 240 Indian nationals took off from Budapest for Delhi early this morning.

The Ukrainian airspace has been closed for civil aircraft operations since February 24 morning when the Russian military offensive began. Therefore, the Indian evacuation flights are operating out of Bucharest and Budapest.