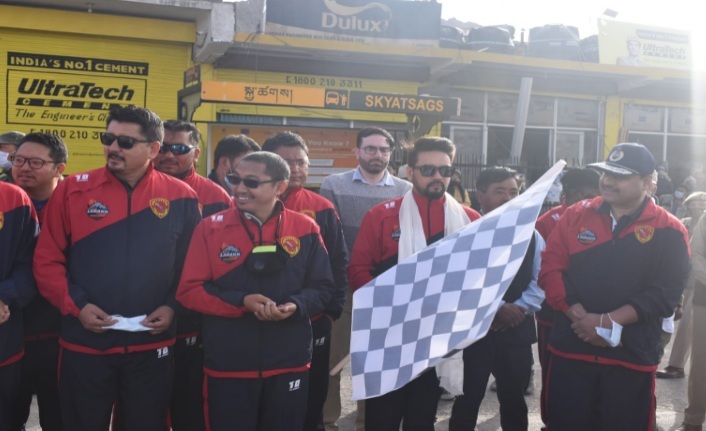 The Minister while flagging off the cycling challenge said that the motivation behind Fit India Movement, as envisioned by the Prime Minister Narendra Modi, is to invigorate fitness consciousness among the people of India.

The Minister also congratulated the Ladakh Police and LAHDC for promoting this cycling competition under Fit India Movement.

The Minister also participated in a cycling competition along with Member of Parliament, Jamyang Tsering Namgyal and CEC, Tashi Gyalson.