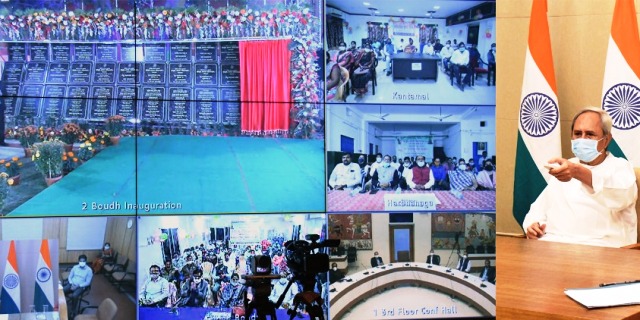 Bhubaneswar: Odisha Chief Minister Naveen Patnaik on Saturday inaugurated a newly-built museum and 18 projects worth over Rs 44 crores on the 27th Foundation Day of Boudh district.

The projects include three milk chilling plants, construction and expansion of various roads, park and road junction in Boudh district.

These were done through video conferencing from here on the occasion of 27th Foundation Day of Boudh district.

The newly-constructed museum is built at the 100 years old Kacheri building in the district headquarters town at Boudh.

The Chief Minister said that the art and cultural heritage of Boudh district could be preserved as well as known to rest of the world through the new museum.

Patnaik advised that all should work for protecting the rights of women and poor people and the fruits of development must reach one and all. Nearly 4000 milk farmers would benefit from milk chilling plants, he said.