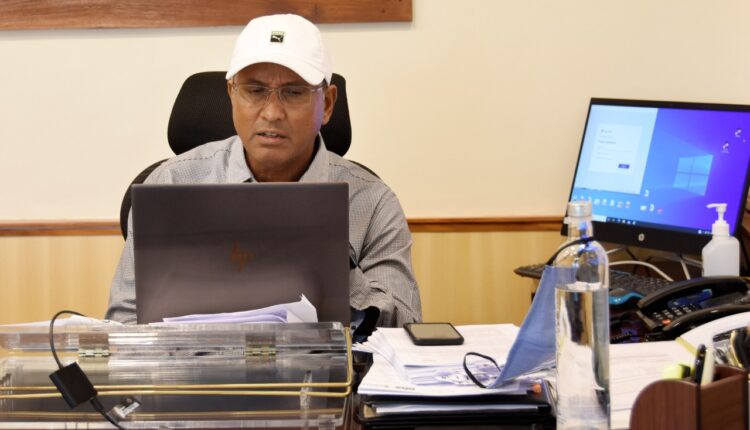 Bhubaneswar: Fulfilling the promises for promotion of Micro, Small and Medium Enterprises (MSMEs), State Government have extended various financial incentives to 278 units during the current fiscal, thereby taking the total incentivized units to 639 from April, 2019. The amount of incentive has touched Rs.69.99 cr. This was known from State Level Empowered Committee meeting held under chairmanship of Chief Secretary Asit Tripathy on virtual mode from Lokseba Bhawan last evening wherein Principal Secretary MSME Satyabrata Sahu presented the updates along with new proposals for sanction of subsidy.

Considering the new proposals, Chief Secretary Sri Tripathy accorded in principle approval for Rs. 2.94 cr of Capital Investment (CI) subsidy in favour of two small scale enterprises. Sri Tripathy directed to “follow a complete transparent and proactive practice in assessment and disbursal of different financial incentives to MSME units for attracting more and more young entrepreneurs into the sector”. Sri Tripathy added, “MSMEs are prime movers of rural economy and they add to inclusive growth in rural community”. Sri Tripathy further directed to “facilitate the process by providing proactive planning, technical and handholding support to the sector”. The filed level officers were asked to be in “constant touch with local entrepreneurs and instill confidence in them”.

The meeting considered the proposals of Kurpalu Solvent rice ban oil producing enterprise set up at Panikoili in Jajpur district with an investment of Rs.5.26 cr; and, Sri Ram Oil rice ban oil producing enterprise set up in Attabira panchyat of Bargarh district with investment of around Rs.4.87 cr for sanction of capital investment ( CI) subsidy. They were sanctioned CI of around Rs.1.73 cr and Rs.Rs.1.21 cr respectively. Director Industries Sri Reghu G. appraised, “with this sanction the total amount of financial incentives sanctioned during current year has crossed 25.47 cr extended to 278 units”.

Principal Secretary MS& ME Sri Satyabrata Sahu said, “Mainly three types of direct financial incentives viz. capital investment subsidy (at two slabs of 25% and 33%), interest subvention @ of 5% per year for five years and VAT reimbursement for five years are provided to the MSMEs under different policies”.  Besides, the Government departments and PSUs have been directed to procure at least 20% of their requirement from local MSMEs. In the year 2019-20 a total amount of around Rs.34.52 cr were provided as one or other incentive to 361 units. By November end of the current fiscal year Rs.25.47 cr were provided as incentives to 278 units. With this, a total number of 639 were incentivized with a total amount of Rs. 69.99 cr from April, 2019 till end of November, 2020.

Odisha Govt Offices To Function With 75% Staff During December