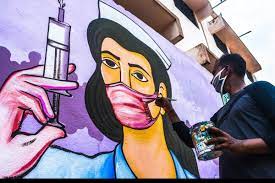 New Delhi: At least 270 doctors have lost their lives in the second wave of the coronavirus disease (Covid-19) pandemic, said the Indian Medical Association on Tuesday.

Former IMA president Dr KK Aggarwal was the latest to succumb to the deadly infection on Monday.

According to the state-wide data released by the medical body, Bihar saw the maximum number of 78 deaths of medical practitioners, followed by Uttar Pradesh (37), Delhi (29) and Andhra Pradesh (22).

The IMA said that 748 doctors succumbed to the disease in the first wave of the pandemic.

So far, only 66% of India’s total healthcare worker population has been fully vaccinated.

On Monday, Prime Minister Narendra Modi said that the vaccines have ensured the safety of most of the doctors as 90% of health professionals have already taken the first dose.

In an interaction with a group of doctors via video-conferencing, PM Modi said be it testing, supply of medicines or setting up new infrastructure in “record time”, all these are being done at a fast pace.

The doctors and other healthcare and frontline workers were inoculated in the first phase of the nationwide Covid-19 vaccination programme which started on January 16 this year. The programme was latest expanded to first include those above the age of 60, and later opened for 45-plus category.From May 1, those in the age group of 18-44 became eligible for Covid-19 vaccine shots in the third phase of inoculation drive.